On 27 September, AQUALEX inaugurated the outdoor water dispenser of the 21st century at Open Spaces in Ghent, the leading trade fair for designing public spaces. A first for Belgium as this drinking water dispenser was developed and manufactured in our country. Thanks to this innovation, public authorities will be able to comply with the new European Drinking Water Directive encouraging countries to promote tap water.

On 16 December 2020, the EU issued a renewed European Drinking Water Directive encouraging European member states to promote drinking water and provide drinking water dispensers in indoor and outdoor public places. For indoor use, a lot of progress have been made by now: many drinking water systems are already up and running at home, at work, in restaurants and in many public buildings. Outdoors, however, this is not yet the case. Which means that in the streets, in parks, stations, bus stops ... you are sort of forced to buy bottled water.

In order to change this, AQUALEX spent two years developing a new type of device. An entirely new design that aims to allow passers-by to enjoy tasty and healthy drinking water in public spaces in a user-friendly and hygienically responsible way.

For a sustainable future

"AQUALEX's vision is that in 2030 everyone will choose tap water regardless of their location." explains CEO and founder Alexander Vanlerberghe. "The new AQUALEX drinking water dispenser for public places, with a focus on hygiene, design and convenience, is a big step in this sustainable movement."

Outdoor dispensers offer filtered tap water to all citizens, which is the most sustainable way to drink water. This way, they make an ideal contribution to the climate plans of cities and municipalities.

“Belgium is hugely lagging behind our neighbours.” continues Vanlerberghe. " In Belgium, there is only 1 public drinking water dispenser per 120,000 inhabitants; in France, there is 1 dispenser per 7,000 inhabitants. So, we have a lot of catching up to do. Thanks to the AQUALEX state-of-the-art dispenser this will work out perfectly. The first 100 dispensers have already been sold, demand is high."

Easy and safe water dispensing, for every user

Drinking in a safe way

The drop-shaped opening into which you put your bottle protects the dispenser and prevents the bottle from touching it. It is operated via a touch-free sensor. And since the system pumps a little water through the pipes every hour, there is no chance of drinking stagnant water.

The outdoor dispenser is accessible to anyone, in any season

The opening is located at just under a metre high. So, everyone, including children and wheelchair users, can easily reach it. If the temperature drops below 3 °C, the system creates continuous movement in the pipes. This prevents the pipes from freezing. 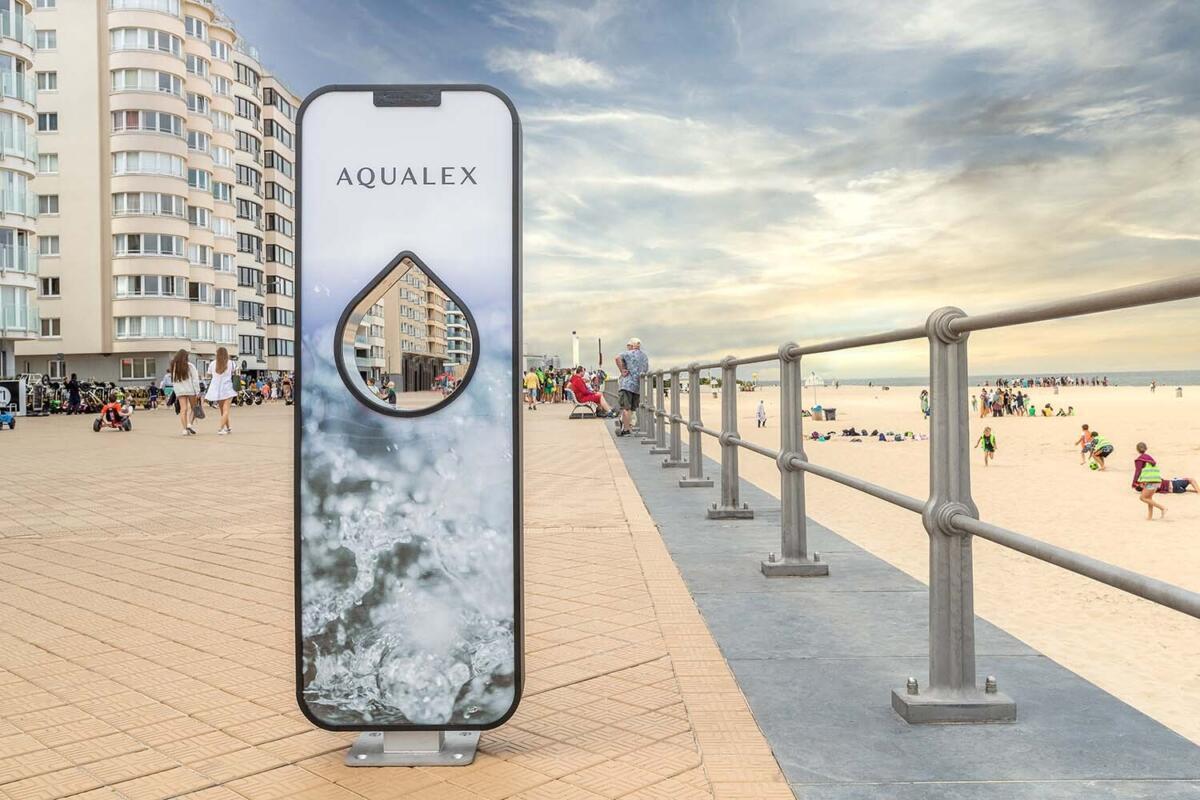 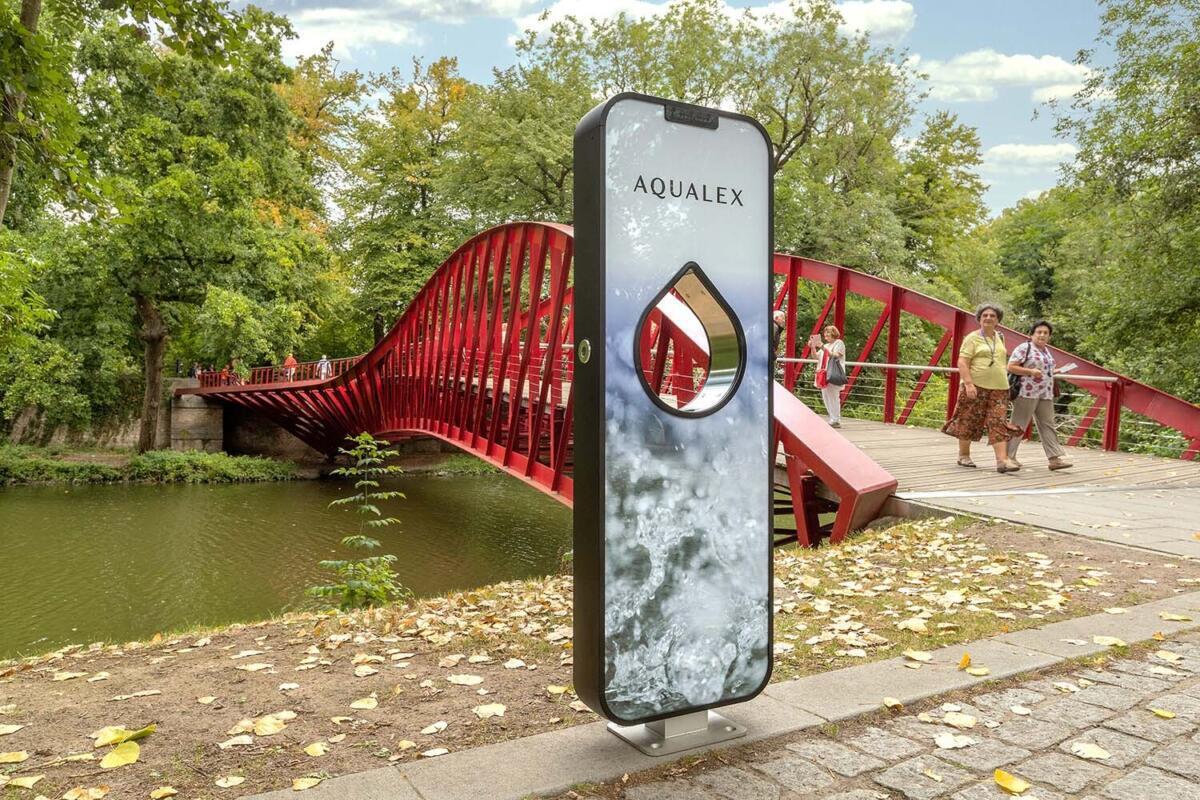 The new AQUALEX drinking water dispenser for public places ALASQ, with a focus on hygiene, design and convenience, is a big step in our sustainable movement
Alexander Vanlerberghe, CEO and Founder of AQUALEX 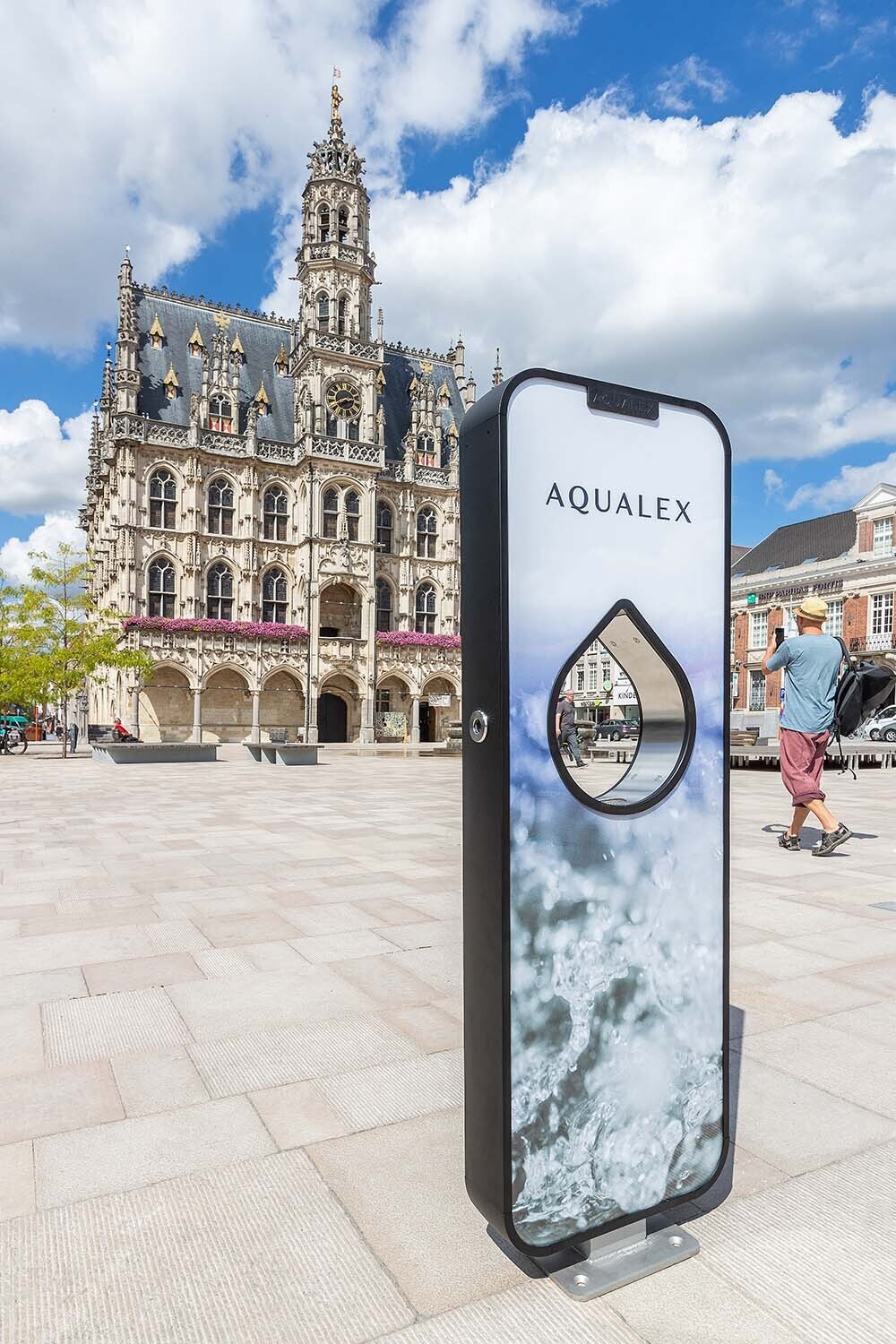 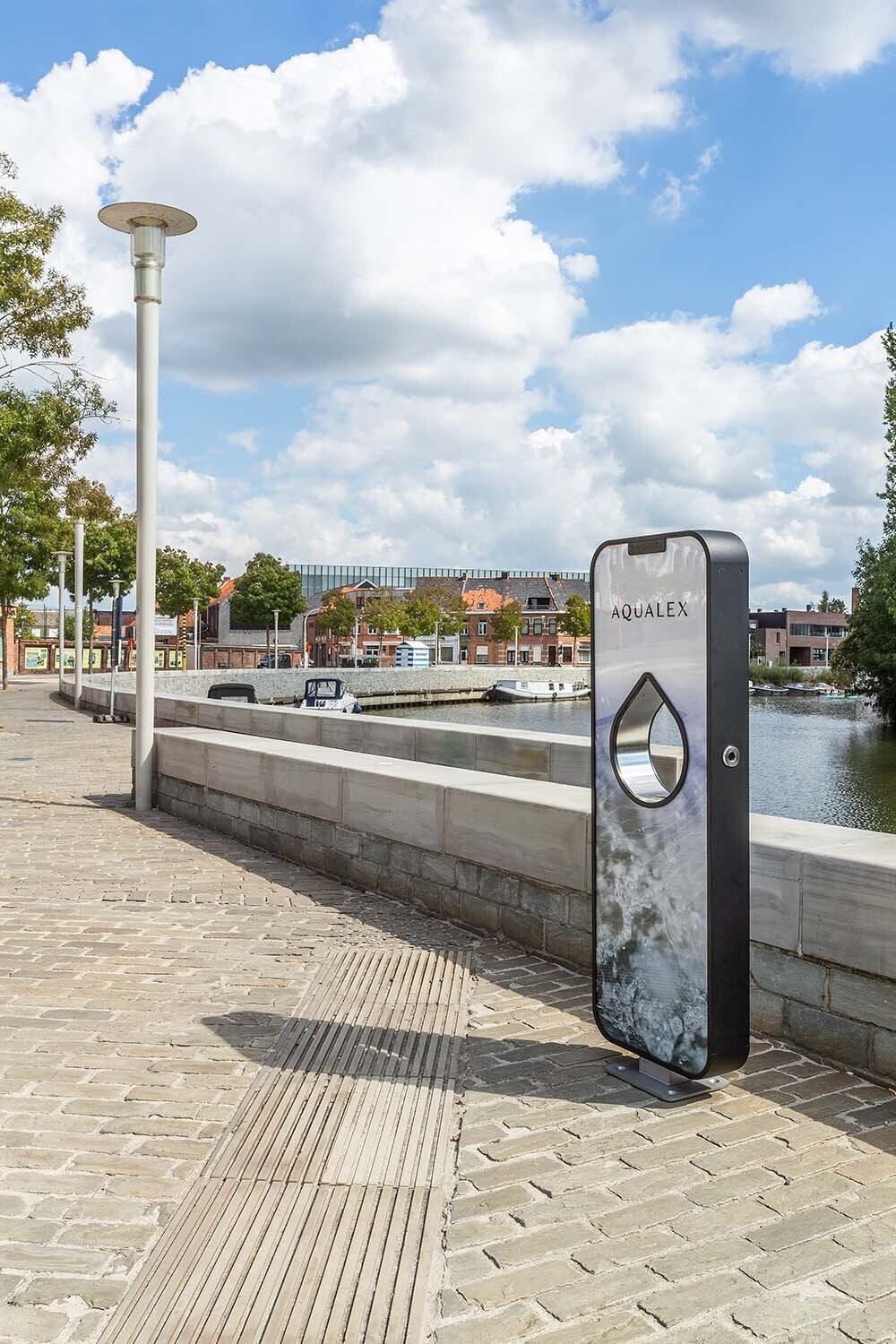 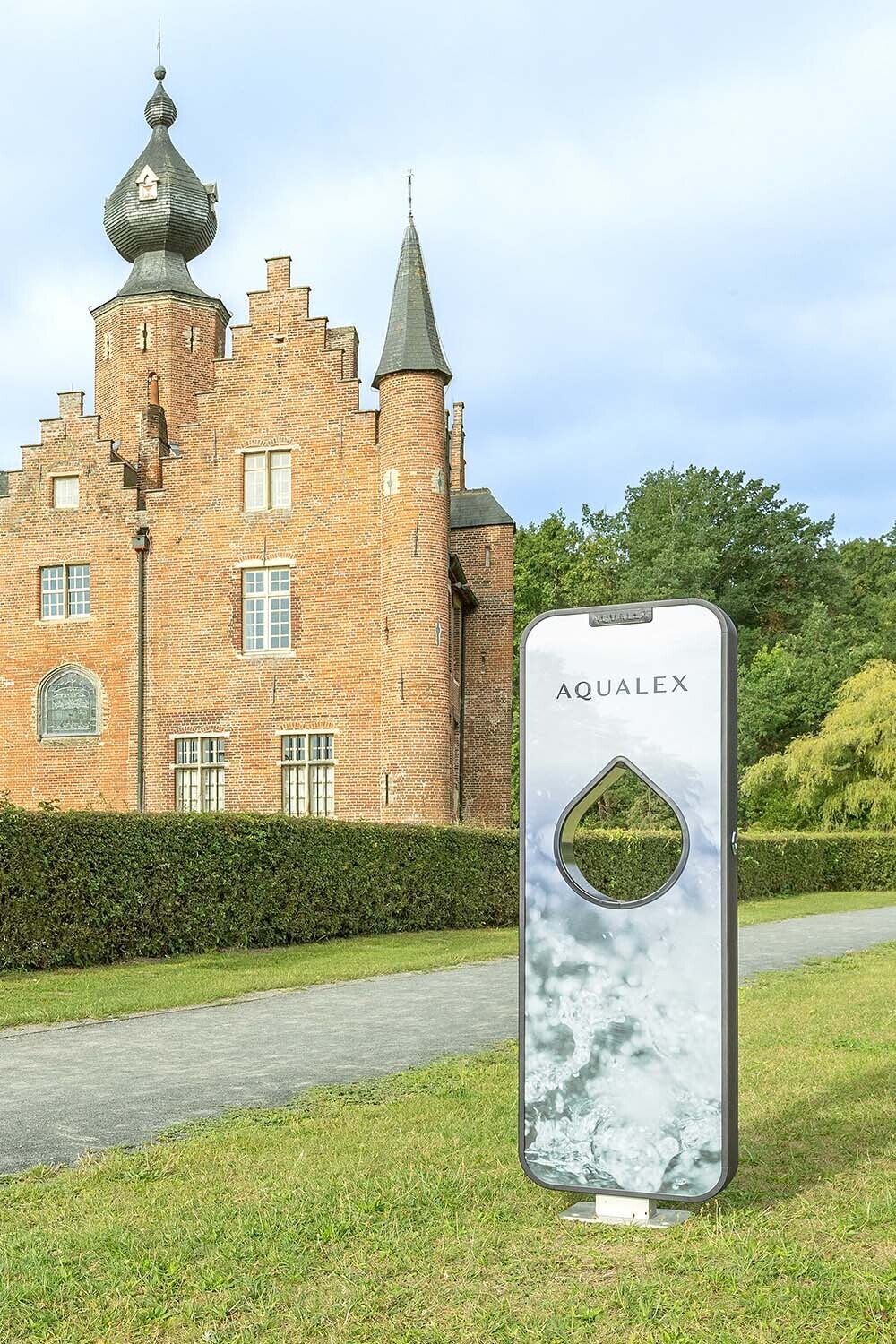 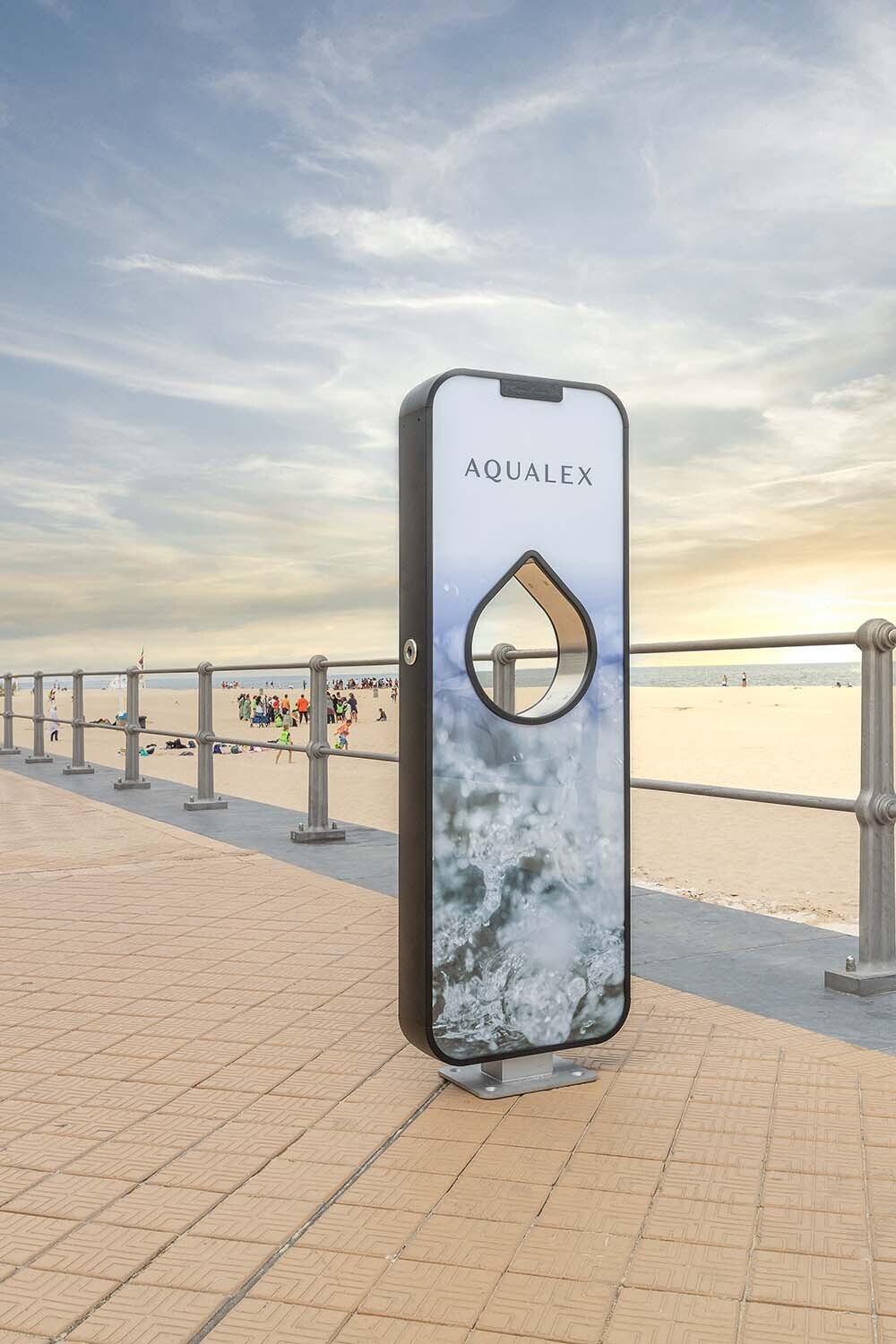 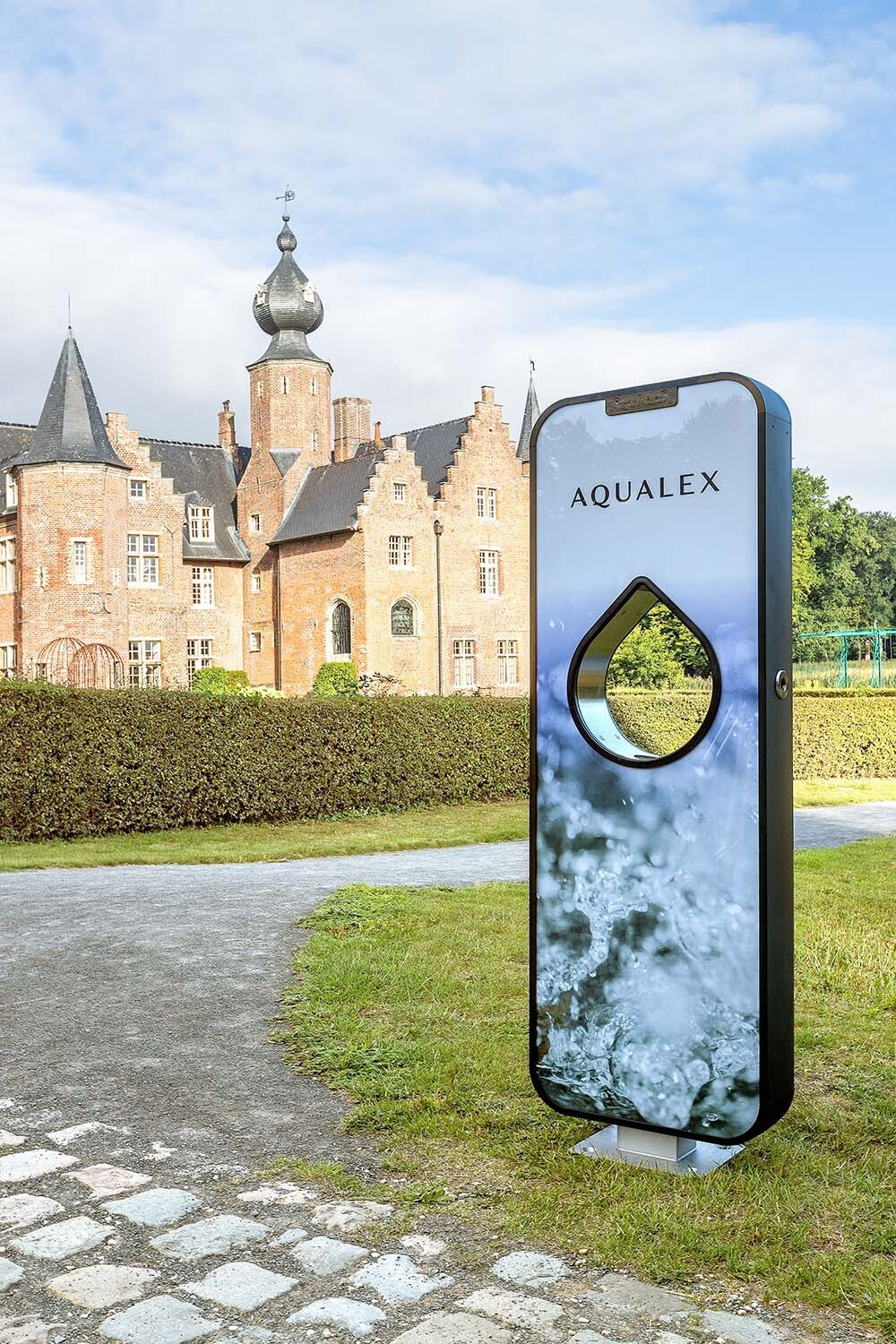 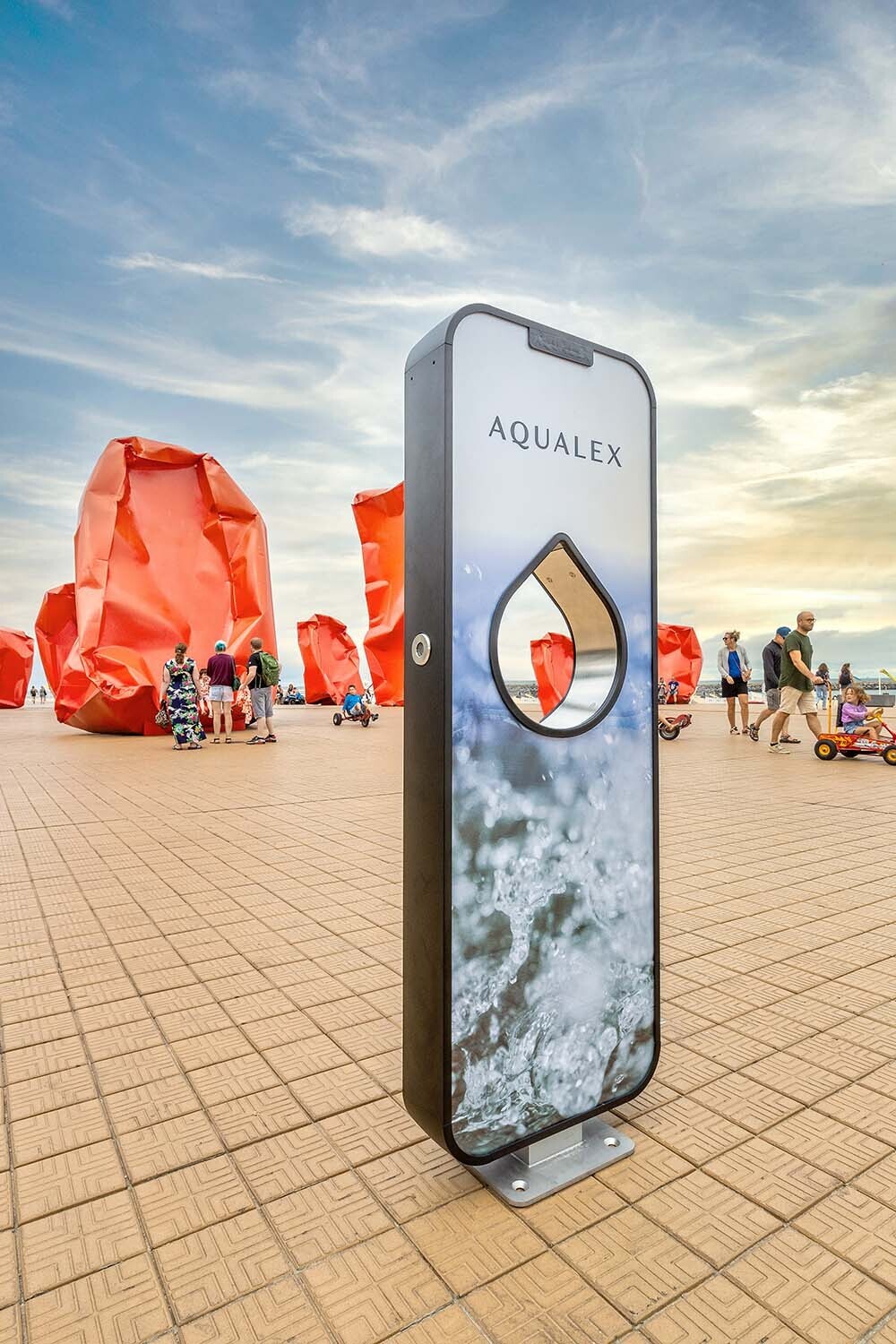 Request our catalogue here, make an appointment or ask for information.