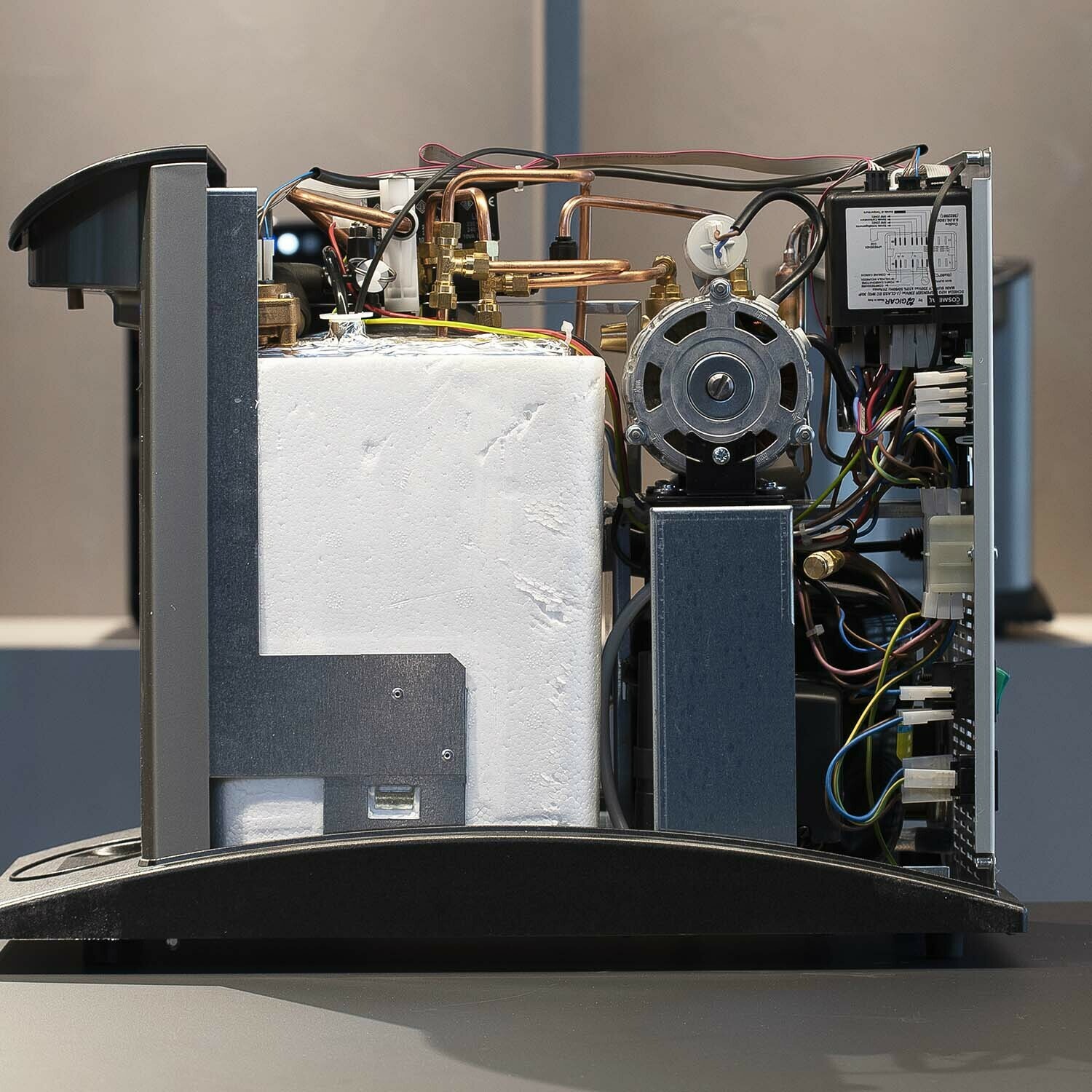 Certain types of devices for our AQUALEX tap water coolers contain copper pipes. These significantly reduce the possibility of bacterial growth. In the market of water coolers plastic pipes are standard, but AQUALEX as market leader opts for the superior copper pipes..

Since ancient times, copper has been known for its antibacterial properties. Copper prevents bacteria from adhering to the surface and thus generating a biofilm. As a result, the water cooler is neither a source of bacterial spread nor does it become contaminated.

During the two-year experiments, the water circuit of the devices was redesigned and a complete and exclusive range of antibacterial copper components was developed. The patented solution removes the potential for bacterial proliferation and guarantees the quality of the water coming from the pipes without altering the organoleptic and saline properties.

Third-party tests carried out by the German laboratory Dr. Lörcher have validated the effectiveness of the CU+SAFEPATH patent and also confirmed that the application is capable of reducing bacterial contamination in the cooler by 99.999%. The bactericidal properties of CU+SAFEPATH offer users the greatest possible safety.

Do you need more information regarding our tap water coolers with copper pipes?

Do you want more info? We will provide you with a free catalogue.